Yesterday cooled down quite a bit from the day before and though it looked like it was just about to rain most of the afternoon, it managed not to until overnight. My nephew Oliver left in the late afternoon to go home to Hong Kong. Emily went to the park to play and then we went over to take a look at my shop. It’s the first time Emily’s been there since the remodeling started. I discovered that the wired the speaker cables to go into the closet under the stairs instead of into the back room like it was supposed to, but they are going to correct that.

After that, Emily went to the Hello Kitty store that’s near my shop and bought a mechanical pencil of some shojo cartoon she’s seen on TV. After that we went to the park where Emily got thirsty and we discovered Mommy had left her water cup somewhere. Emily was insistent she had to drink from her own water cup, and going to the nearby 7-11 to buy some bottled water would not do, so Maggie stayed at the park while Emily and I went back to my shop where we found her water cup sitting on the divider in the shop. All was well again. Then we walked over to the restaurant area on Nongan Street intending to go to a dumpling shop Maggie found, but it was closed so we ate at a noodle shop next door instead.

That night I went to sleep quite easily but woke up around 3am and couldn’t go back to sleep after that. Four hours sleep. Suck.

This morning Maggie and I went over to my shop to make sure the speaker wire situation was going to be addressed, then I went off to the bank to make some payments to various companies that are doing stuff for the store. I thought I had prepared everything but I found I was missing the Chinese name of the bank for one of the payments, the Chinese name of the company for another payment, and that I couldn’t read the payment info for the third payment at all because the fax was so bad. All in all, I found that I wasn’t prepared to do any of the transfers. (For some reason companies like to give me their payment info in English which seems like they are doing me a favor but that causes all sorts of headaches for my bank which wants everything in Chinese.)

So I took the proper forms and went back home and found the right info for the first two payments and had the third one refax me the info more clearly. They faxed it again and while I could read the account number clearly now, I couldn’t make heads or tails of the bank name or company name. Instead I just took the fax with me and asked the teller to help me with that one. Turns out she couldn’t read it either, but called someone up who was able to look it up based on the account number. It’s a wonder that company gets paid for anything.

Anyways, I managed to write down everything else but one minor thing correctly this time, except that I forgot to write the date on all the bank transfer forms, which is one of the easiest parts of filling that out. One of these days I’ll manage to complete a transaction without any corrections.

It’s been raining off and on today. We also had a small quake today. It was only a 3.5 but centered in the middle of Taipei, so close enough to feel it.

All these bank transactions are starting to train me on how to write the special number characters used for banking. I can now write the characters for 1, 3, 4, 100, 1000 and 10000 without looking at my cheat sheet. I’ll have to work on the others.

Rant: While I was entering this entry I accidentally hit the ‘rich text’ mode link below the edit box which threw me into some fancypants editor. I wanted to go back to the regular editor I’m used to, so I pulled up LJ’s FAQ and found out that you can’t exit the rich text editor. Once an entry is switched to rich text mode, you will forever have to edit it only in rich text. The only solution was to copy the text, add a new entry, paste it in and then restore the links and formatting. What kind of moron designed a feature that can’t be reversed? Be careful about ever accidentally hitting the rich text line down below the edit box.

Rant2: LJ’s spell checker doesn’t check the Subject, only the body of the post. God forbid you actually spell something wrong in the Subject. You may never know!

Today was a pretty busy day, but let’s start with the fun part. Tonight we went out to eat Thai Food at Mei Kung restaurant. It’s a pretty well known Thai place and Maggie frequently points out various local celebrities dining there. The only one I’ve really know all that well was Shunza but tonight when we were eating Maggie pointed out that Mavis Fan (èŒƒæ›‰è±) was waiting outside for a table. After a while she came in and sat at the table right next to ours. I’ve been listening to her music for several years. 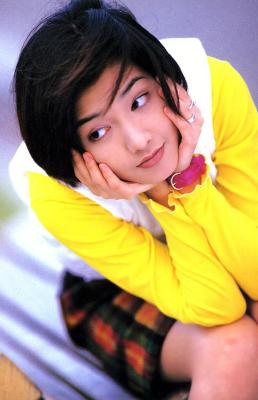 Anyways, back to other things. This morning I went to the accountant’s office to pick up my bank book, business license, tax stamp, and a bunch of various documents. Then I went to the bank with Maggie where we did a whole lot of stuff including getting the company bank account finally activated, get the extra US$ money over the initial startup capital converted to TW$, claim a wire transfer from my US account to my personal account, and do a bank transfer of the second payment for the contractor. I’m getting good at writing my Chinese name now from signing lots of documents.

Then I went to check out how the shop is going. The wallpaper is all up now and they were working on the walls in the back room. With the wallpaper and tiling done up front, it’s really starting to look nice.