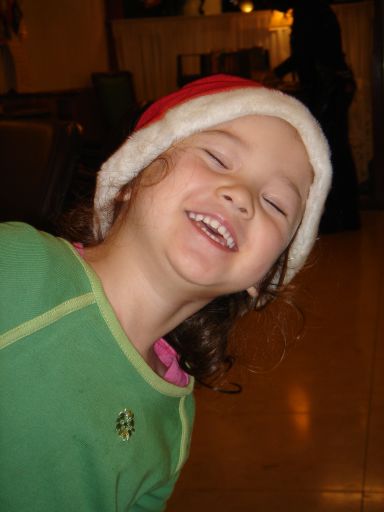 Apparently the insanity of the moment in the states is discussion about what kind of greetings to give around this time of year. Some now seem to think that greetings that were meant to be inclusive of those who don’t celebrate Christmas have gone too far and are now considered anti-Christian. Personally I don’t give a fig if you wish me Merry Christmas, Happy Holidays, Happy Hanukkah, or even something to do with Kwanzaa or Saturnalia. I’ll take it as a sincere wish from you that I have a good time, regardless of what faith or traditions I follow.

“And on a personal soapbox, am I missing something? This is supposed to be a season of peace and joy. If you want to say Happy Holidays or Merry Christmas or whatever, then just relax and do it. Fighting about the appropriate greeting just seems to be a little over the top, given the reason for the season to begin with. If you want to get worked up about something, think of all the people in less than pleasant circumstances who are just trying to survive, and figure out how to help them.” – John Mauldin in his December 23, 2005 newsletter.

So let’s have some Peace On Earth and Good Will to Men and stop worrying about whether some nuance of what we said might be taken the wrong way. (And if someone comments that ‘good will to men’ is sexist, I’m gonna scream.)

Christmas isn’t a really big holiday here, but we still have a bit of a celebration. Emily got the most presents of us all. I got a nice Dunhill wallet from Maggie to replace the one she gave me more than six years ago that was starting to get a bit worn. They are a bit pricey but they do seem to last quite a while. The new one is a bit bigger than the old one and seems to fit all my cards and such better than the old one. My sister Sarah gave me a passport cover.

We had a hot pot lunch which is more of a Chinese New Year thing, but I really didn’t have the energy to track down a christmas ham what with getting back the day before and all. Anyways, a good time was had, and that’s the important thing. Some of Maggie’s coworkers came over too, including Jenny’s family, so Emily had some kids to play with.

One thought on “Merry Christmas”